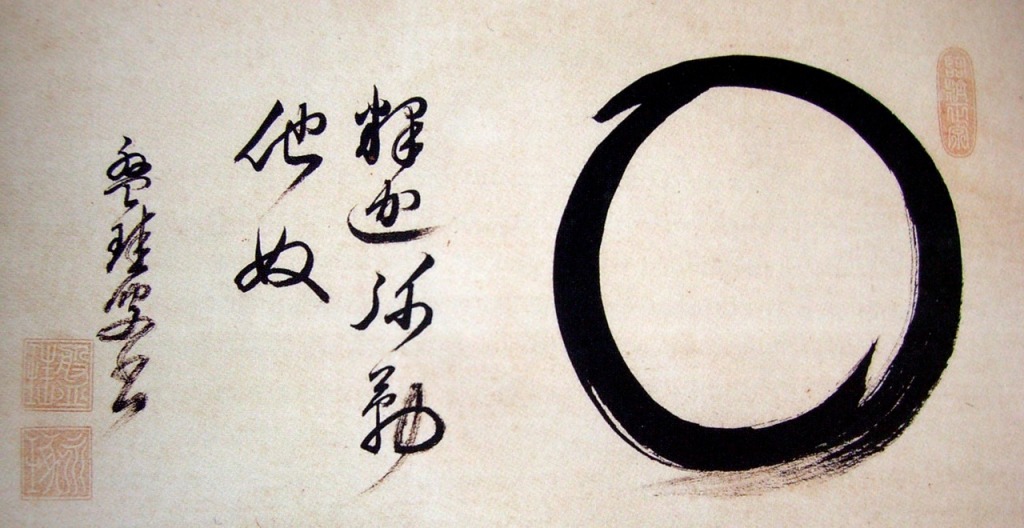 Society is made up six concentric circles, each getting smaller and closer to enlightened as one moves inward to knowing. Yet, the common belief of what enlightenment is, is wrong. How so? Why is correcting this view is important?

The size of a circle represents the number of people at each stage of mundanity or enlightenment.

First and exponentially larger than all of the other rings of society combined are TV watching zombies. They live and die oblivious to the real world they actually live in and the consequences of their lifestyle. They teach their children to perpetuate this lifestyle.

The Second ring includes people who know there is something wrong with society or how they have been taught to live their lives, but they cannot put their finger on it. They carry on as usual.

The Third ring includes people who have decided to start taking matters into their own hands. They start researching. They read as much as they can from spirituality to permaculture. They read read read. They may go down one rabbit hole or a thousand. They are able to easily discard conspiracy theories. These are our activists or as some call them: green tops.

The Fourth ring are people who have found a focus. They learn all they can about permaculture, natural building, wild restoration, herbalism, horticulture, etc. Excluded from the path are: meditation, yoga, fitness. These maybe beneficial, but are human-centric ways.

The Fifth ring are the teachers that train, mentor and write for the third and fourth ring. This is the ring of those renewing the way by passing the light to others. They are no longer students or practitioners, they are teachers, mentors and authors.

Six is a tiny dot at the center, the masters of the Earth’s way, Yoda, those who just know. They are self-taught. They see the way to the center from birth. Enlightened in their area of knowing, indigenous peoples, M. Kat Anderson, Jane Goodall, Masanobu Fukuoka and Bill Mollison. They see the difference between Mother Earth’s way vs. the human abstract mind. Care for the Earth first, then humans second — Earth cares for all life.

Despite popular belief, they are not the Dali Lama, Jesus, Buddha, Mohammed, Vishnu, Leonardo da Vinci, Michelangelo, Einstein. No god creates the Mother. These masters teach paths away from Nature.

However, all indigenous peoples are born enlightened, for they live with and protect all life: The Mother. The corollary is: indigenous peoples do not need enlightenment when human live in harmony with Earth. For example, Native Americans nurtured ecologically diverse old-growth forests, prairies, and fisheries better than we can today with all of our modern ideas, science, and technology. Where does this leave us and our modern ideals?

Civilized Enlightenment Is Not Possible

Enlightenment is not a blissed-out destroyer of life, preaching to other destroyers. If one lives in civilization, we must destroy the natural world to live. Our homes, roads, cities, farms, mines, logging, and pollution destroy the wildlife and interrupt Nature’s succession to repair herself.

People value what they depend on. Civilized humans rely on domesticated food, money, and cheap resources. Spirituality cannot override what we depend on. However, farming and resource extraction cause violence on wild ecosystems and domesticated animals. Money creates inequity and hierarchy. We cannot wish our way out of what we are dependent on.

For spirituality to succeed, both legs of the circuit must work: thought must become action. However, the main tenant of our society is, civilization must continue at all costs. Our dependence on domesticated food and manufactured products fosters dependence. Spirituality leaves us seeing the divinity in all life, but we can never take the action to end civilization.

A group of people making a living wildcrafting (not farming) on a natural landscape is enlightened. They have their own language and customs evolved for this place for more than 50 generations. They live to protect all of the wild life that supports them. The river will only give them salmon if it runs clean unfettered to the sea, and ocean fisheries are intact. Herbaceous food, fiber, and medicine plants will only reproduce in a large, intact, old growth forests. This group gives each other cradle-to-grave security in small bio-families, but large extended family. Their culture and knowledge will only remain intact if they are not attacked or influenced from outside larger populations.

The larger population that overwhelms the Native culture because they are more powerful, or know better, are not the righteous enlightened — they are the damned.

A cubic yard of ancient forest soil may contain hundreds of arthropod and invertebrate species and thousands of fungal, bacterial, and protozoan species, all are vital to the maintenance of five-hundred-year-old trees in the Klamath, Oregon evergreen forests.[1] Each one of these millions of soil lifeforms is of equal value and more beneficial than a human. Civilized humans are better at is cutting trees down than building soil. Jesus was a carpenter.

For any species to evolutionarily survive, it must contribute to biodiversity and build topsoil; both of which only indigenous humans do. Civilized generally do not understand soil, but we can become it.[2] The only way a human can help grow a tree is, by dying, going to the bathroom, and not cutting it down. Peeing adds nitrogen to the soil.

Enlightenment is not, as ancient texts and teaching would say: of the self, selflessness, holding opposites at the same time, or connection of self to field consciousness. These concepts are human-centric ideals. We do not care about the billions upon billions of wild lives murdered and ecosystems destroyed by consumption. How can a society that produces this horror call itself enlightened?

Enlightenment supports all life selflessly. Enlightenment sees that civilization has made humanity the great destroyer. Enlightenment knows humans can live in harmony with all life as Indigenous peoples. An enlightened being realizes that one’s highest self is not blissed out love, but that human numbers must recede and civilization must compassionately end. Love must be greater for non-human life because wildlife is defenseless against civilization’s ever-expanding destruction.

Religion can make up for civilization’s thousands years of repeated rape of the land and sea. Spirituality can never bring back the wild dead. No god can forgive civilized people’s destruction. If God exists and loves its creation, it would have kept Adam and Even in the garden.

This is not to knock the well meaning work of peaceful yogis. Yes, they can help us feel better, but finding a way to not come down form the high frivolous in the face of the death of millions of entire species. I suggest turning the brilliance of modern spiritualists to find a path beyond civilization to restore the natural world.

Enlightenment doesn’t seem to speak to what is usually considered a state of ‘enlightenment’ which is the the ability to hold opposites at the same time…particularly emotional opposites…love and hate…scarcity and abundance…light and dark, or selflessness, etc. — Editor, Beth Brown

I’ve been diving deep in to the journey since I was very young. What I’m experiencing in studying with Satyen Ra at the Accelerated Evolution Academy on this very subject at the moment…is a deep accelerated dive into merging opposites into one…balance…so that neither side holds a charge…and a state of “enlightenment” is actually reached at an accelerated rate. This work is a gift to humans and can help change the world…bring it more into balance. Everything is an illusion…and we as humans, make up a meaning about things. It’s quite comical and absurd, actually. With that being said, “enlightenment” could be regarded as being in the eye of the beholder…so to speak. It’s all interpretation. But the important thing is for humanity to keep deep diving into the soul of the collective so that what needs to be “enlightened” can be revealed. — Editor, Beth Brown

Share these ideas person-to-person. Don’t just read these essays, post links on your social media to essays that resonate with you. Our speech is not free if dissenting messages are hidden by search engines, and mainstream media. You found these ideas, now share them with others!