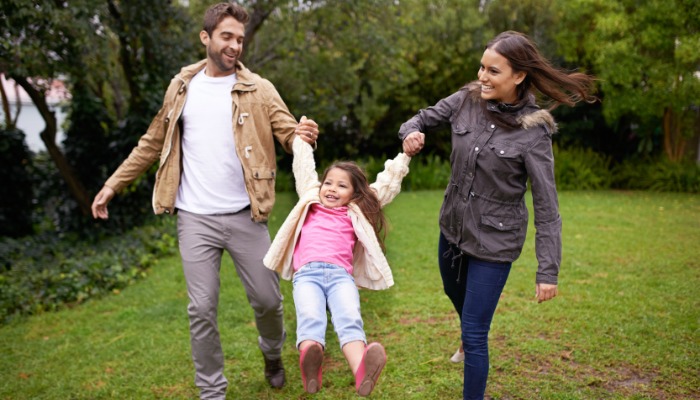 What if we could predict the future to know what is best for our children and grandchildren? Would we act on what we know?

With a little logic, we can predict the future. Let’s ask some important questions.

Q. How many people are alive today because of oil and technology supported by related fossil fuels?   A. 6 billion.

Q. Will oil last forever?   A. No. The majority of the planet’s population is alive today because of something that is going to eventually run out: oil. About half the oil is gone and much of what is left is not recoverable.

Q. Can a farm tractor, agricultural processing, storage and distribution systems be run by any other energy source than fossil fuels?   A. No.

With the depletion of oil supplies, human population forced down from scarce food supplies is a likely outcome that we want to avoid.

Q. What lessons has humanity learned from wars of the past century?   A. Nothing. We can’t even end police brutality on our own streets.

Q. As resources dwindle, deserts spread, crowding increases, good jobs become harder to get, and new viruses emerge, will the world be a happy place?   A. No.

Q. How many people were in the Americas during the time of Columbus?   A. 100 million (You read that right…100 million.).

Q. What was the state of resources and biodiversity during that time?   A. It was a Garden of Eden. Old growth forests, waiving prairies as tall as a man on a horse, plentiful fisheries, fungi running deep in the soil, and thundering herds of buffalo stretched from sea to shining sea. Healthy peoples spoke 500 languages in a wide cultural diversity.

Q. Assuming the population halves every 25 years and every couple had a one-child family going forward, how many people would there be in 100 years?   A. 1 billion.

The future of our children and their children’s future depends upon there being less of them.

There is more we can still gain from efficiency and environmentalism, but by far, the greatest gain is from reducing future human population. The only way to do that is one-child families. To make it permanent, parents may even need a vasectomy or tubal ligation once they have a child. In China, having children is more planned than accidental. No exceptions. If one family gets another child, then everyone does. Incentives like taxing children or free education for the first child are complicated. The simplest and fairest choice is one-child families across the board.

Why Do We Need To Do This?

Regeneration from a smaller human population would be stunning. Imagine much of the California central valley and the midwest no longer plowed and returned to wild prairie. Imagine the forests of the West coast, Montana, Wyoming, and Colorado regenerating no longer clear-cut tree farms. Imagine wild fisheries returning to wild rivers no longer dammed, and hatcheries and fish farms gone. Imagine clean air, water and health soil returning. Imagine the fecundity of species rejoicing as they return to their homes. Imagine our children living in a less crowded, less stressful, healthier world.

We are passing the age of plentiful resources and cheap energy. When I asked my father about the redwood scraps he brought home to burn from his window manufacturing plant, he said: “The redwood forests are endless.” They are almost all gone today.

It’s important that people to understand this: Renewable resources are not renewable — especially soil. Soil is a living, breathing being filled with fungi, microbes, organic matter. Soil is not dirt. Industrial farming focuses on minerals and destroys the rest. Every time soil is disturbed, nature’s succession to rebuild soil is interrupted and reset back to zero. The soil tilth collapses because fungi’s mycelia, microbes and organic matter are destroyed. Organic matter that should decompose is removed in harvest. The remaining dead material matter erodes and blows away; soil becomes rocky dirt and dust. It takes Nature 100 years to grow 1″ of top soil in a fully intact prairie or old-growth forest; of which almost none exist today. We literally have to stop farming and logging Earth to allow Nature to restart her succession and repair herself.

The ONLY way to do that is to peacefully reduce the number of humans creating demand for the crops and lumber. There is no alternative. The choices are to either reduce the population below 1 billion now or give our future children a desert planet by the end of this millennia with the same 1 billion. We end up with the sam population, but have vastly different environments to live in.

For a better understanding, look at a satellite image of the Middle East or read the Bible. Since the time before Gilgamesh, the cedars of Lebanon were used by the Assyrians, Babylonians, Greeks, Romans, and Persians to build houses and temples; the most famous of which are the temple of Jerusalem, and David’s and Solomon’s Palaces. However, a cedar is a tree that grows in a moist climate. Today, few cedars are left at high elevation, while most of Lebanon is a desert. Today there are 1000x more people consuming the world than in the time of David.

Unfortunately, future generations will take their inherited environment for granted. Be it desert or forest, they will not know who gave it to them.

Parenting is decades of heartfelt hard work and presence. As a full-time parent of two teens, I understand the heart and soul commitment. Let us continue to evolve to be in better harmony with Nature that supports our families. Humans have a great capacity to do this as indigenous peoples. Letting go of things that no longer serve us while embracing new values will help humanity grow. The longer we delay from the big decisions, the fewer options our children will have.

One-child families may be necessary to prevent our civilization from burning out. Regarding the future we create for our children by promoting one-child families, perhaps the question is this: How much love can we give our child for a happier, healthier future?

It’s imperative to the future of humanity that parents, policy makers, educators, spiritual and religious leaders and economists consider the long-term benefits of one-child families. Economics are important, but they can distract us from the real issues. In 2015, China ended their One-Child Policy, allowing families two children. The change was led by managers insisting that a larger population is essential for continued economic growth.

The future of our planet is dependent upon future parents choosing to have only one child. Give that child more love, a better education, healthier diet, a better livelihood, and a better life. Parents can also work less and have more free time to enjoy their lives than with larger families. Less becomes more!

Postscript: Many Other Issues Are Interwoven And All Are Affected By Population

I grew up in a time when the Beatles were still together and there were only 3 billion people. I have noticed the increasing crowding and development. As I travel, the places that were untouched are now clear-cut; some turning from forest to field by too much logging and grazing. When I was a young boy playing in the lake, the water was clear enough to see 10′ down to the bottom. Now, the visibility is only 1-2′ down. How did that happen?

We do not fully understand what we are doing to the ecology systems of the Earth. Climate change is actually caused by hot spots created by farming and deforestation; it is 10–14 ˚F warmer on exposed soil than in the shade. Wild fisheries are on their last breath killed off by dams, hatcheries and over fishing. Farm soil is not loamy any more. Essential fungi mycelium is gone. Rain is decreasing because we have removed the old-growth forests. Annual snowfall in Crater Lake National Park steadily decreased since the 1930s as the old-growth forests around it were logged from 620″ to 459″ by 2000.[2] Fracking and agricultural chemicals are poisoning the water. The north LA stock yards can be smelled from 10 miles away. We have been so busy being busy that we have become unconscious to what our numbers in suburbs and cities are doing to the rural and wild places; they are disappearing. Again, all caused by demand from human overpopulation. The solution of one-child families gives our children the best future. 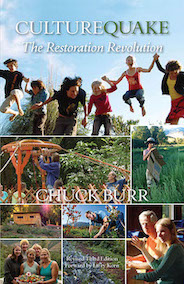 [1] Quote and post inspiration from Lauri M., number of children 0.